This week we have a guest post by Wes Woodbury of FunDaMental Games. Wes has been a great resource for many new Kickstarter publishers and has helped us out as well. Please give him a warm welcome and go ahead and take it away Wes!

I began designing card and board games as a hobby in early 2018, shortly after coming up with the concept for a new fantasy world and game concept.

Originally I thought to just create one world, with one game, that would expand over time. The world of Novus was born, and I poured a huge amount of time, thought, and energy into it. It was about 4 months into it that I realized this was going to be too large of a project to make as my first effort at a Kickstarter, so I put it on hold and went to work designing a small card game.

I had always enjoyed fantasy, and really didn’t have any desire to make other themes, so this game ended up in that genre too. I ended up building a two-player card game built on the premise of two dragons dueling to the death with tooth and nail, wings and tail, and even powerful breath weapons. A few months later I launched and funded this game, then returned to my Novus game to finish that.

As I was working on Novus there were other fantasy game thoughts spinning in my mind, which is when I firmly decided that my game design plans would expand to multiple styles of games, art styles, and worlds that would all stay rooted in classic fantasy. FunDaMental Games was becoming more than just a hobby, it was becoming a brand to me and to those who knew me.

I have played all kinds of games and read many styles of books in fantasy settings. From classic Dungeons and Dragons, including the little-known collectible card games of Spellfire and The Blood Wars. After those I became involved in Magic: The Gathering for many, many years. I had played fantasy video games like Baldur’s Gate, Neverwinter Nights, Warcraft, and more. All this fantasy exposure has rooted game and world concepts that I am just starting to truly develop.

Now to get to where all this leads, I have been developing games and game components that cross multiple gaming groups, themes, and styles that will catch the attention of different clusters of gamers. This is intentional and is what I hope will make FunDaMental Games a fantasy brand that people will come to enjoy more and more as time goes on. Each new game or creation will be designed in a way that it should be marketable to a new sector of people that also enjoy board games. Let me break it down by the games/titles made so far:

Duel of the Dragons – a simple dueling card game – appeals to fans of fantasy art, dragons, and 2 player card games.

Kzmatic’s Keep – a 5E adventure module to explore a more narrative gaming experience and draw interest from the DnD crowd into the world of Novus.

Deck-O-Dice – a game component that can complement or replace dice. Useful to casual gamers that want a dice alternative, and useful for travelers. This came with a preview of the Dieminions cast that are in the next game, and had a mini-card game included.

DIE in the Dungeon – a humorous, comical art style with a flipped dungeon crawl experience where you get to be the dungeon monster and hunt the heroes.

And next up is Questeros, a tarot style fantasy trick taking game. This will offer a triple benefit for gamers: a trick taking card game for 2-6 players, a Fate-deck for use in RPGs, and a Tarot Deck for those that really just want a cool looking tarot deck.

Each one of these games is marketable to different groups of gamers, with the linked concept of fantasy and DnD roots that made me the fantasy fan that I am today. I build games that I love seeing on the table, with artwork that makes me want to enjoy and explore these worlds.

What Have I Learned

So what have I learned over the past 2.5 years of working on games and Kickstarters? Hard to describe everything, but here’s a few points…

#1) Designing a card game as your first game adds a ton of learning and value towards any other games you make. It can help truly establish the concepts of graphic design, manufacturing templating (size, formats, bleed, margin, text, colors, etc). It gives you a rough idea of the challenges you will face with shipping, customer satisfaction (missing or damaged games), positive and negative feedback about final game production, marketing, and so much more. Duel of the Dragons only had about 100 backers, but I learned so much from that small campaign that could have been very painful to learn in a full board game Kickstarter.

#2) Creating PnPs and early playable prototypes that you can provide to others for blind playtesting is essential to developing your game. This includes full rules that you do not need to be there to explain. This is easy for a card game, this is challenging and expensive for a full board game. Regardless of the cost, it is essential to develop/design the best game you can. Legends of Novus would not be the game it came to be if it weren’t for multiple blind play testers from several areas of the globe. This can be done digitally to some extent, but you will get better responses and a stronger understanding of the physical element of the game if you can do it with a physical product.

#3) Art and Graphic Design is 75% of your marketing. People judge a book by its cover. People will also judge your game by its logos, font, box cover, art style, etc. My first failed Kickstarter with Novus helped me understand how important a strong presentation is to both the prototype and video of the game, as well as the Kickstarter images/headers/etc. Look at the differences between Legends of Novus (cancelled) and Legends of Novus (funded) to see an example, then look at DIE in the Dungeon to see how it evolved even further with the support of some very talented graphic designers.

#4) Manufacturing and shipping costs vary greatly from company to company. Just because you think you got a good rate for either, doesn’t mean it’s the option you should take. I went with my first manufacturer for Novus. Two years later I sent the exact same component list to 2 other manufacturers just to see reprint possibilities, and both were cheaper to produce. One by over 40% of the cost I paid for the game that is out there today. For shipping you have to go with an established company that has handled board games before. Trying to find someone local or someone cheaper will more than likely cause you frustrations, and likely cost more in the long run.

#5) Your game needs to have something unique and special, beyond just the art that gets people to click your social media post or advertisement. It can be a mechanic, or a component, or a visual presentation, but it needs to be something truly different to have a chance to stand up with the more than 100,000 board games currently on the board game geek page (which you should list your game in by the way). Whatever that thing is, it needs to be obvious on the KS cover image, and in the first section of your KS page (before someone needs to scroll is ideal). Novus was different, but I didn’t sell it well enough. DIE in the Dungeon allows you to be the monster, which has not been done too often so it still felt unique, and that was top of page for the KS, described in the video, and promoted through every FB ad and media post. “It’s time to hunt the heroes… or DIE trying.”

#6) Build a community… for every game. Creating a website or a company FB site will not be enough to really get involvement. A Facebook group for your specific game gets people in a place where they feel comfortable talking and providing feedback as they watch your game grow. The people that start and stay in your group will be the strongest advocates when you launch. They will back early, they will tell others, and they will be as excited as you are when it funds, and when it overfunds.

Those are just a few things I’ve learned. During all of this, find time to contribute back to the community in a way that is organic and worthwhile. Some people are good at art and offer it free or cheap. Others are great at FB ads and social media. Others know how to read/edit for grammar and eligibility. For me, I learned how to quickly port games to Tabletop Simulator and did this for free for more than 40 games so far. I also created a Podcast to share other creators’ Kickstarter Journeys to help anyone who is working towards the goal of self-publishing. Whatever you are best at, find a way to support others with that skillset, even if it’s only for an hour a week.

If you want to check out more about Wes and his game company, check out: https://www.thefundamentalgames.com/ 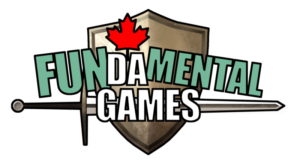