Should You Listen to Everybody?

Your taking a beloved board game design that has been in the works for a year to a local convention. You are excited to have people in public play the game. There has been playtesting with friends, family, and even with some strangers online. This is your 8th version of the game, your prototype is in your trusty cardboard box with freshly printed cards and player boards. There are multiple notepads and pens so that people can take notes about the game. It’s not a perfect game but you are ready to take it to the next level. You know you have made a decent game and you are trying to make it even better.

During your 3rd game at the convention, a particular player seems to be having a miserable time. It’s starting to affect the other players and the game quickly devolves. The game ends and as you go through the process of thanking everyone and then asking for feedback some of the players just leave. The player who was having a miserable time gives you some feedback, “This game is awful. None of the mechanics work with each other. If I was designing this game, I would change it from Worker Placement to just Area Control. I would change the theme as well, it doesn’t seem to work with this game. This game is just not well designed. I would pretty much scrap everything.”

Sometimes people mean well as they are trying to help while others just seem to relish in tearing down other people’s work. The question becomes when doing board game testing and design, should you listen to everybody?

Should You Listen To Everybody? Yes…

Now, let me clarify. You should be listening and assessing what people are saying and understanding why they have the opinions they do but that does not mean you have to act on it. This was and is one of the most difficult skills for me to master. Taking in feedback and assessing what it means and why it was said. I tend to take things personally and the key is to NOT take things personally. We need to try and understand where the feedback is coming from and why they said what they did.

One of the best examples of feedback I received was from someone who did not like one of my game designs at all. They played it and hated it. However, during the review after the game, I learned a lot about the player’s designs and likes. I was teaching them a social deduction game but they had a long history of not liking social deduction games. They didn’t like the game because the game was playing like a social deduction game. Well, that’s a good thing! That’s what I was shooting for. Now, some of their comments later were interesting to me because he provided some game element ideas that could be helpful for someone who is not a social deduction board gamer. Some elements were not implemented because after looking at them, it would take the game too far away from its intended design and audience. There were some though that after some tinkering and testing, actually made the game better! Score!

Negative Feedback Is A Positive Thing?

Just because someone did not like a particular game mechanic or a game is not a bad thing. The feedback can actually be quite useful once you understand the context of the individual and where they fit in the market in relation to your game. If they do fit into your market and target audience, learning what they did and didn’t like is critical information. That doesn’t mean you have to change anything but having that information helps you to better understand what people are looking for in that type of game. They could be an odd one but more playtesting will tell you if they are an outlier or not.

If they are not part of your market, find out why. That outside perspective can be really useful as they are not judging your game the same way as someone who loves the genre does. In my experience, some of my best player feedback has come from people who either don’t know that particular game type well or do not like that type of game. I have found a lot of pain points/problem spots in my designs from listening to that outside perspective.

When I was struggling through my first published design, Jessey Wright (whoever you may be) in one of the Facebook groups said this, “Don’t chase ‘copies sold.’ Chase a design target you can actually control.” That statement had a profound impact on me as a designer. It allowed me to focus on the intent and execution of a design instead of always trying to capture a larger market by making a game that fits everyone. That game does not exist. Even “gateway” games or games that are considered to be for a wide range of players in the hobby board game market are not for everyone. Just because it is accessible and easy to learn doesn’t mean everyone is going to like it or play it. A design needs to focus on what kind of game it needs to be and who is the intended target to play and purchase the game. All feedback needs to be filtered with that mindset. Is the person giving the feedback a potential customer for this game? If not, that is okay. That feedback is useful as it can help you distiniguish what your game does right in its design. 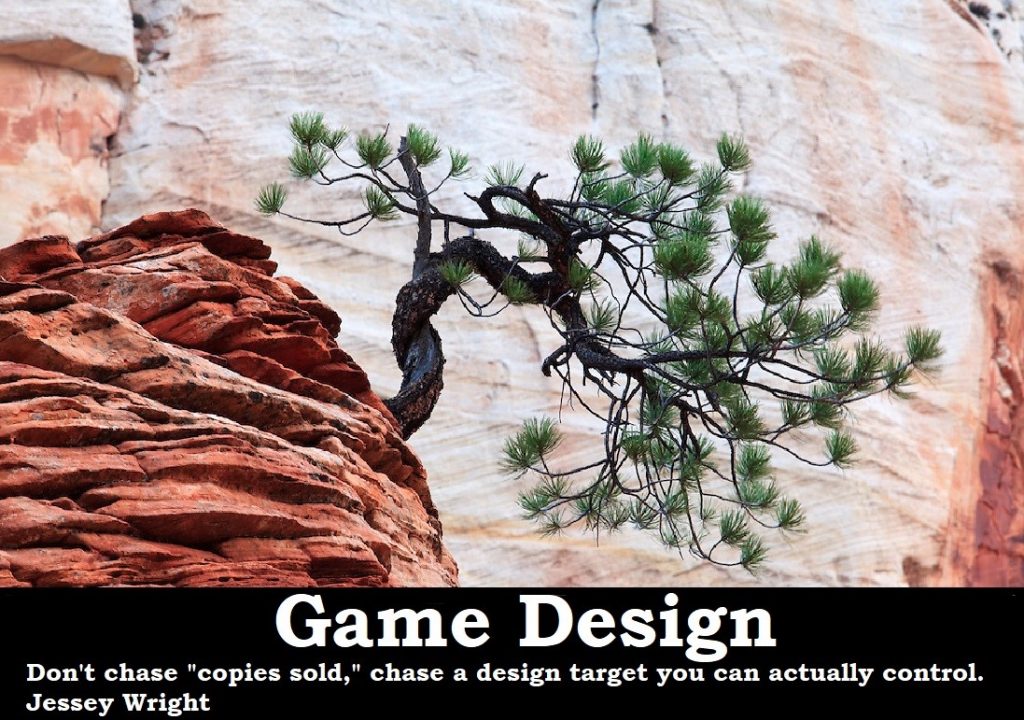 One thought on “Should You Listen to Everybody?”